Boeing and Airbus are facing the end of their duopoly, analyst says

Boeing and Airbus are facing the end of their duopoly, analyst says 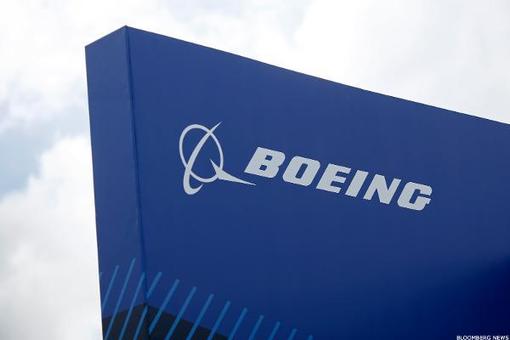 Delta’s (DAL) decision to order 75 Bombardier CS100 jets may be the harbinger of dramatic change in an aircraft manufacturing industry that has long been the purview of two companies, Boeing (BA) and Airbus, according to a new report by a Moody’s aerospace analyst.

“The beginning of the end of the long-running Boeing/Airbus duopoly is upon us,” wrote Moody’s analyst Russell Solomon in a report issued Tuesday and titled “The Gloves Come Off as Boeing and Airbus Fight More Than Just Each Other for Share.”

On April 25, Delta announced its order for 75 CS100s, the largest order in the history of Bombardier’s commercial aircraft business segment. “Bombardier has joined the ranks of the two big OEMs, and Embraer, in the 100-plus seat narrowbody market,” Solomon wrote. “A steep pricing discount, earlier availability and perhaps the most technically proficient model available in its class likely landed the must-have order for Bombardier.

“For about the past two decades, the market for large commercial airplanes (100 seats or more) has essentially been a duopoly comprised of the Boeing Company (A2 stable) and Airbus Group SE (A2 stable),” he wrote. “Bombardier Inc. (B2 negative) let everyone {see} just how serious it is about joining the two leading OEMs and Embraer S.A. (Ba1 negative) in the big pool, even if only in the shallow end for now.

“While they will no longer have the market to themselves, we expect Boeing and Airbus to retain the lion’s share of the large commercial airframe market, with emerging competitors garnering only a relatively modest low single-digit share,” wrote Solomon, who noted that pricing pressure will continue.

Still, Boeing “remains one of the highest rated companies we rate (certainly in the global aerospace & defense industry sector), and operates in one of the few industry sectors for which we maintain a positive outlook/bias,” Solomon said in an interview.

“Part of the underlying rationale for high ratings is the implicit ability to overcome challenges,” he said. “Right now, Boeing’s got more challenges than Airbus, speaking to this specific context only –c ivil aerospace, narrowbodies — but the 100-year track record is nothing to sneeze at.”

In his report, Solomon said the Boeing/Airbus rivalry is growing more intense as Airbus wins more narrowbody orders. Airbus has the advantage of a one-year head start in production of its re-engined narrowbody, the A320 neo, and it is ramping up narrowbody production rates faster than Boeing.

Sourced through Scoop.it from: www.thestreet.com

“The beginning of the end of the long-running Boeing/Airbus duopoly is upon us,” wrote Moody’s analyst Russell Solomon in a report issued Tuesday and titled “The Gloves Come Off as Boeing and Airbus Fight More Than Just Each Other for Share.”